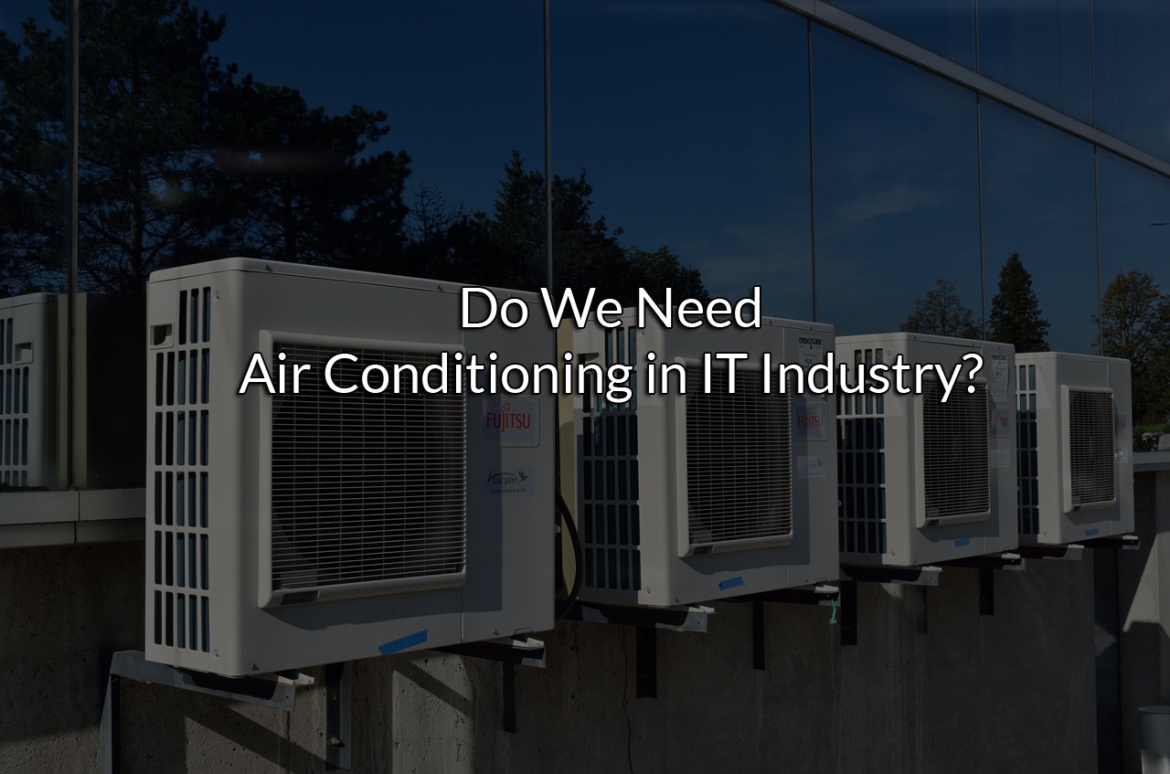 This post is meant to be kind of informational but mostly for fun. For the point of this post I will not be considering extreme environmental weather conditions but just those bearable even without air conditioning. In olden days computers required air conditioners because they weren’t cooling themselves well like us. But now a days with the help of better cooling mechanisms and advanced components producing less heat. Computers can work in wide range of external temperatures.

So why does the IT Industry require Air Conditioning.?

A Symbol of Status?
Yes, IT Industry is one of the richest industries and so they can just throw away money and get air conditioning installed. If a company lacks in Air Conditioning it will not be treated as a high level industry but this is not just why they have it.

To Cool an Angry Client?
Clients tend to get angry often when the project isn’t as desired. So it might be a little bit easy to handle a client who is chilled inside a conditioned room than a client feeling sultry. This might be one reason but I don’t think this is just that.

It is to keep the programmers at optimal temperature

Yes, That’s true!! A human brain is also a processor which will be working hard to try and teach the computer how to do something. A programmer cannot yell at a computer “You don’t even know, how to do that?”. If computer had a few feelings it would have learned on it’s own rather than getting taught by a short tempered human. But sadly that’s not the case yet. A human has to teach the computer as if it’s a kid who knows nothing and this process repeats for every project. Raising a kid is the toughest task and if it is a computer that never learns on it’s own its even more painful and repetitive.

So doing all this tough task from morning till evening, the brain strains a lot and struggles to keep working. As the brain keeps working it generates heat. Our human brains are internally equipped with Industry Standard Liquid Cooling Technology where in the hot blood takes all the heat from brain and radiates through other body parts and cold blood enters brain cooling it. This is the very same liquid cooling technology used for computers but as humans have a lot higher work to do rather than just programming. Our brains tend to get hotter than a limit and we start feeling pain in the head which is termed as headache. A programmer without air conditioning tend to start feeling headache in just 3-4 hours of time spent teaching. Which implies a loss of 4 hours of work for the employer. Now consider the room is air conditioned, the hot blood can easily dissipate heat to the conditioned air so that the brain remains cold for longer duration keeping the programmer busy all the time. By the end of the day he is definitely with head ache but that is the butter truth of a programmer.

The IT Industries have also spent sometime in researching about the human body in order to maximize the efficiency of an employee and found out 26°C is the optimal temperature at which the human brain could be squeezed for maximum performance. These comforts like Coffee & Air Conditioning seem good at first but these are the clever skills of the employer to maximize the throughput of human brain. Do remember the fact that brains also wear out with time. Use it optimally not too much that you start damaging neurons due to overheat.